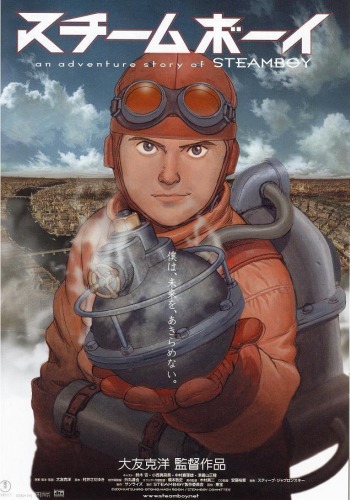 Plot Summary: Steamboy is the most expensive animated film in Japanese history with a budget of some 2.4 billion yen (roughly $20 million). Steamboy is a retro science fiction film that has a very strong sense of design. Fall 2003 Release Date was pushed back until early 2004 due to Katsuhiro wanting the ending of the movie to be well done.Ray is a young inventor living in Great Britain in the middle of the 19th century. Shortly before the Great Exhibition, a marvelous invention called the "Steam Ball", behind which a menacing power is hidden, arrives at his door from his grandfather Lloyd in the United States. Meanwhile the nefarious Ohara Foundation has sent men to aquire the Steam Ball so that they can use its power towards their own illicit ends.