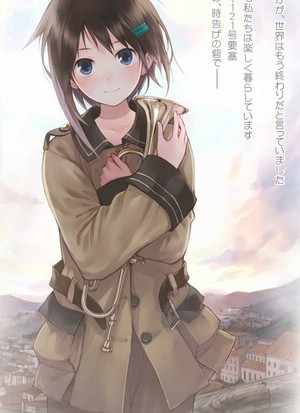 Plot Summary: The story is set long in the future where the world has seen many wars and has settled into a quiet decline. The story begins as Kanata Kumika, a 15-year-old girl who enlists with the army, was assigned to a unit of five girls as they defend a fortress. It also seems that music would play an important part of the series, since the series has some pretty heavy emphasis on the girls playing music across lands from their fortress.