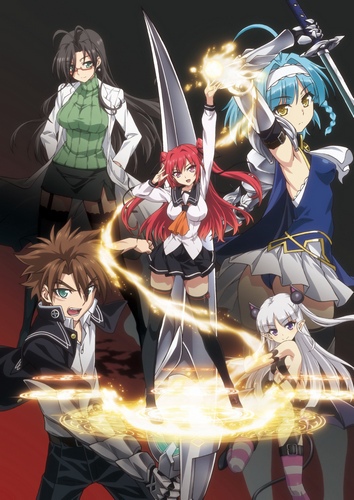 Plot Summary: "Hey, you said you wanted a little sister, right?" First year highschool student, Toujo Basara, was suddenly asked by his father and fell into a state of panic. On top of that, the eccentric father told him he will be getting remarried. He then departed overseas after bringing Basara two beautiful step-sisters. But Mio and Maria's true forms are actually the newbie Demon Lord and a succubus!? Basara was almost entered into a master and servant contract with Mio, but a "reversed" contract was formed by mistake, and Basara is now the master!? Moreover, Basara is being hit by one ecchi situation after another due to the contract, but Mio's life is being pursued by other demon tribes and hero tribes! The most powerful contractor's desire action drama begins!

Other name: The Testament of Sister New Devil, 新妹魔王の契約者〈テスタメント〉