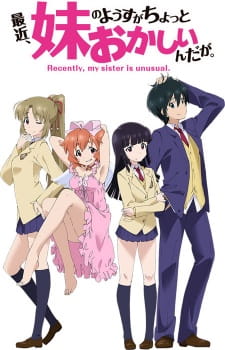 Recently, My Sister is Unusual

Plot Summary: Recently, my sister is unusual. In the romance comedy, a girl named Mitsuki Kanzaki lives with her step-brother Yuuya after her mother remarries. One day, Mitsuki is possessed by the self-proclaimed spirit of a young girl, Hiyori Kotobuki. Hiyori (in Mitsuki's body) must fall in love with Yuuya to move toward the "Gates of Heaven".

Recently, My Sister is Unusual