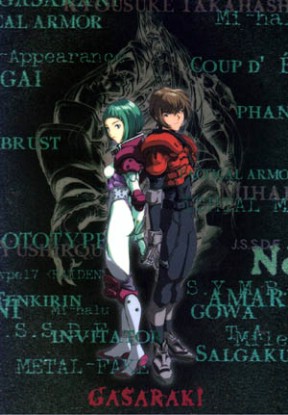 Plot Summary: The Gowa clan seeks to contact a force known only as Gasaraki. This is set amidst a backdrop of war where bipedal combat machines are being used for the first time. The combination of modern war with traditional Japanese values provides a great setting for the conflicts that arise and attempts to take robot animes in a new direction.